Using a measuring tape, measure around the widest part of your neck.

Shoulders:
Measure from shoulder to shoulder. Make sure to keep the tape horizontal.

Length:
Measurement from bottom of collar to bottom of hem.

**Returns and Exchanges on Screenprinted Items: Our custom screenprints are made-to-order. We do allow returns and exchanges, subject to a $20 non-refundable restock fee. Made in the USA

The California Riding Shirt is a perfect balance of functionality and style. The shell is crafted from premium, American made, 12oz raw canvas. We love the minimalist, rustic style you can wear anywhere and how it looks with your Tobaccos. Canvas also breathes extremely well to keep you cool when riding in the sun, while still giving you a windbreak for those cooler night rides. The California riding shirt is a rougher, tougher alternative to your old flannel shirt or just rolling in a T-shirt. Inspired by an old prison shirt, this lightweight jacket is made right here in California by skilled tradesmen and will last a very long time. Complete with a bandana back liner and moisture wicking sleeve liners you will love every mile you put on it. The tough canvas shell is your first line of defense against harsh conditions but if you ever make unintentional contact with the pavement you will be glad the California Riding shirt has you covered where you need it most with our protective lining from guys that make bullet proof vests. You know the stuff! It's the toughest fiber in the world and is resistant to abrasion, puncture and heat. Protect yourself from nasty, painful road rash with this great looking over-shirt. The California riding shirt is a great light weight shirt with lots of pockets. Perfect for riding in Arizona.

I recently purchased a California Riding shirt in green. It was so great I purchased a second in black. When it arrived o was surprised to see that it was different than the first one I received. You know how there are subtle differences in quality when you purchase a knock off brand of your favorite high end product. My second riding shirt was like that. You could especially tell with the buttons. Instead of high quality snaps, mine came with cheap buttons that jiggle and jingle. I sound like a baby rattle when I’m walking around. What’s worse is that when I emailed them about it. I was essentially told. Yeah, sorry. But no other solution was offered. I figured I’d hang on to it to see if it kept bugging me. And sure enough… weeks later, I’m starting to hate the shirt and find myself wearing it less and less. It’s literally like walking around with spurs on your boots, but instead it’s on your shirt. I also noticed that on their Facebook ad, they specifically mention the quality of their snaps. I’m sure they are referring to the ones that were on the first shirt I received. I would really like to swap out my shirt for one with the quality snaps but that wasn’t presented as an option.

Bought this in June and have worn it on 4 short rides. Already lost one of the snaps/buttons on the shirt. Really liked it up to that point, but for the price I really didn't expect to lose one already. Probably wouldn't buy again.

I buy shirt jackets... this is best one I've owned so far.

California Riding Shirt fits good and feels great. I can move freely without pulling hard on the opposite side of the clothing. Can reach above my head without exposing too much of my backside. Plan on purchasing from Tobacco again. Next up will probably be the new vest option. Love a good vest.

The CA riding shirt is the perfect jacket. Great fit and even better materials used. Tobacco knocked this one out the park!

The shirt is very comfortable and breaths great on a hot day. Very good quality and I would highly recommend. 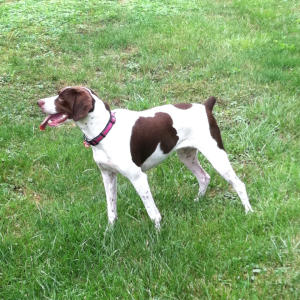 Hey all, just received my Rally Pack Bag and it is fantastic. Best quality canvas bag I’ve seen. Just took it to the airport and got stopped a few times by people commenting on how cool my bag is. If you’re debating, don’t. Get it! You will not be disappointed. Much love Tobacco!

Honestly had a few too many beers the night I made the purchase and might not have spent so much on a jacket/shirt but must admit it fits great and have gotten many compliments on it including from the wife who pointed out my new elevated level of cool since I got it! Thanks again!

Great jacket for springs and summer.

Too small Should have gotten a XXL